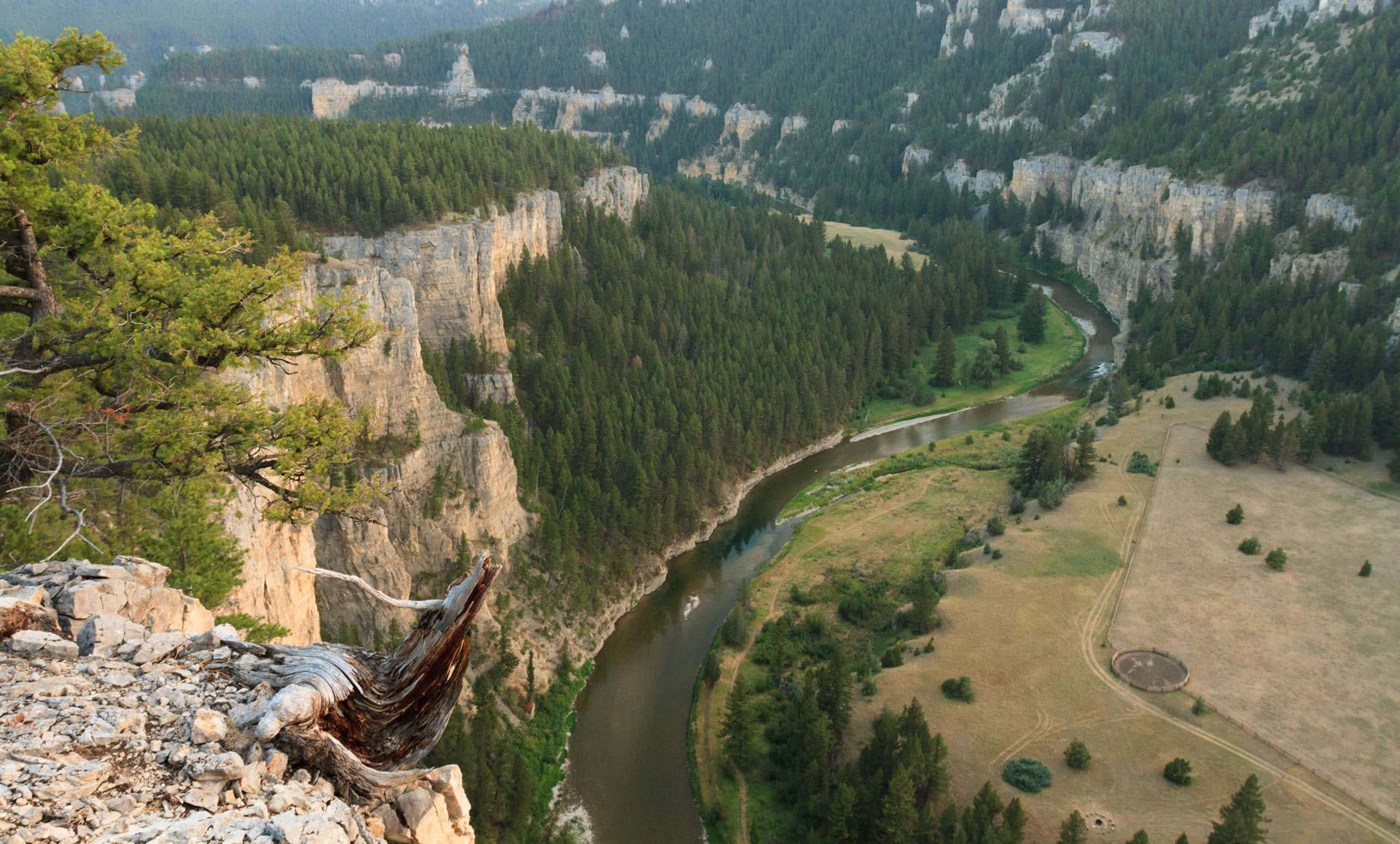 IMPORTANT NOTE:  In order to receive PILT Payments a county MUST be registered with Central Contracting Information (CCR).  If your county did not receive an ACH payment, please go to the BLM PILT website for more information: http://www.doi.gov/pilt/.

Click the button below to download the Excel spreadsheet containing the specifics of the PILT payments that were issued to Montana’s counties by the U.S. Department of the Interior, Bureau of Land Management.

The annual PILT payments to local governments are computed based on the number of acres of Federal entitlement land within each county or jurisdiction. Federal entitlement lands include acreage within the National Forest and National Park Systems, those managed by the Bureau of Land Management, those affected by U.S. Army Corps of Engineers and Bureau of Reclamation water resources development projects, and certain other Federal lands. Individual county payments may increase or decrease from the prior year due to changes in computation variables including prior-year payments, inflation, acreage, and population.

What Does an Increase or Decrease in Payment Mean?

Individual county payments may vary from year to year as a result of changes in acreage data, which is updated annually by the Federal agency administering the land; prior-year federal revenue sharing payments reported annually by the Governor of each State; and population data, which is updated using information from the U.S. Census Bureau. The per-acre and population variables are subject to annual inflationary adjustments using the Consumer Price Index (CPI).

What Are Prior-Year Payments?

Prior-year payments are federal revenue sharing payments made to local governments under programs other than PILT during the previous fiscal year. the Forest Service (FS) Bankhead-Jones Farm Tenant Act, the Refuge Revenue Sharing Fund, the National Forest Fund, the Taylor Grazing Act, the Mineral Leasing Act, the Federal Power Act, and the Secure Rural Schools and Community Self-Determination Act of 2000, as authorized. Sections 6904 and 6905 provide temporary additional payments for additions to the National Park System and National Forest Wilderness areas. The PILT Act requires each State to report these payments to the Department each year. As a general rule, when prior-year payment deductions go up, the PILT calculation goes down.

Previous Fiscal Years’ Prior-Year Payment Deductions (This is from TOTAL PILT Payments to All US Counties):

The BLM computes payments authorized under section 6902 of the Act using the greater of the following two alternatives:

(A) $2.87 (2021 rate adjusted from $2.83 rate in 2020) times the number of acres of qualified Federal land in the unit of local government (as defined previously), reduced by the amount of funds received by the locality in the prior fiscal year under certain other Federal land revenue-sharing programs, such as Secure Rural Schools or the Mineral Leasing Act.

Both alternatives are subject to a population ceiling limitation computed by multiplying the rounded county population (where applicable) times a corresponding dollar value (adjusted annually for inflation) contained in the Act.

By statute, the per-acre and population variables used in the formula to compute payment amounts are subject to annual inflationary adjustments using the Consumer Price Index. The requirement for those adjustments to the per-acre and population variables was included in the 1994 amendments to the PILT Act. The annual inflation rate for FY 2021 is 1.56 percent, a decrease from the 2.07 percent rate used in FY 2020.

A Big Thank You

This would be a good opportunity to reach out to our Congressional delegation to thank them for their support of the PILT Program and to tell them its importance to your county and how it is being used to fund essential services.  Click here for contact information.

PILT payments are made annually for tax-exempt federal lands administered by Department of the Interior agencies, including the Bureau of Land Management, the National Park Service, the U.S. Fish and Wildlife Service and the Bureau of Reclamation. Additionally, PILT payments cover federal lands administered by the U.S. Forest Service, U.S. Army Corps of Engineers, and the Utah Reclamation Mitigation and Conservation Commission. These payments are calculated based on the number of acres of federal land within each county or jurisdiction, and the population of that county or jurisdiction.

“This year’s distribution of $529.3 million to more than 1,900 counties will help local governments carry out vital services, such as firefighting and police protection, construction of public schools and roads, and search-and-rescue operations,” said Secretary Haaland. “Our mission relies on partnerships with U.S. states and territories. These disbursements are a great example of our commitment to be a good neighbor to the communities we serve.”

Since PILT payments began in 1977, the Department has distributed more than $10.2 billion to states, the District of Columbia, Puerto Rico, Guam, and the U.S. Virgin Islands.

The Department collects more than $10.3 billion in revenue annually from commercial activities on public lands, such as oil and gas leasing, livestock grazing, and timber harvesting. A portion of these revenues is shared with states and counties. The balance is deposited in the U.S. Treasury, which in turn pays for a broad array of federal activities, including PILT funding.

Individual county payments may vary from year to year as a result of changes in acreage data, which is updated annually by the federal agency administering the land; prior-year federal revenue-sharing payments reported annually by the governor of each state; inflationary adjustments using the Consumer Price Index; and population data, which is updated using information from the U.S. Census Bureau.

A full list of funding by State and county is available on the Department of the Interior’s Payment in Lieu of Taxes page.