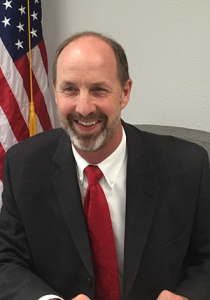 Ravalli County Commissioner, Greg Chilcott, took up the presidential reins of NACo’s Western Interstate Region (WIR) on May 13th during a remote WIR Board Meeting.  The Officers were scheduled to take their new positions at the WIR Conference in Mariposa County, California; however, the event was cancelled due to the onset of the COVID-19 pandemic.

The Western Interstate Region is affiliated with the National Association of Counties and is dedicated to the promotion of Western interests within NACo. These interests include public land issues (use and conservation), community stability and economic development, and the promotion of the traditional Western way of life. The membership consists of fifteen Western states (Alaska, Arizona, California, Colorado, Hawaii, Idaho, Montana, Nevada, New Mexico, North Dakota, Oregon, South Dakota, Utah, Washington and Wyoming), and it is the counties’ advocate for public policy issues affecting the West.

Commissioner Chilcott has been active in both WIR and NACo for several years and is currently chairing NACo’s Public Lands Policy Steering Committee and participating in the Rural Action Caucus Steering Committee.

Montana has always been very active in WIR, with a number of commissioners sitting on the Board and former Phillips County Commissioner, Lesley Robinson, serving as President in 2014-2015.

Other Montana representation currently on the WIR Board includes Prairie County Commissioner, Todd Devlin, and MACo Executive Director Eric Bryson. It is important to note that during the NACo Legislative and Annual Conferences, it is not uncommon for all of the Montana attendees to sit in on the WIR Board meeting.

Congratulations on your Presidency Commissioner Chilcott!