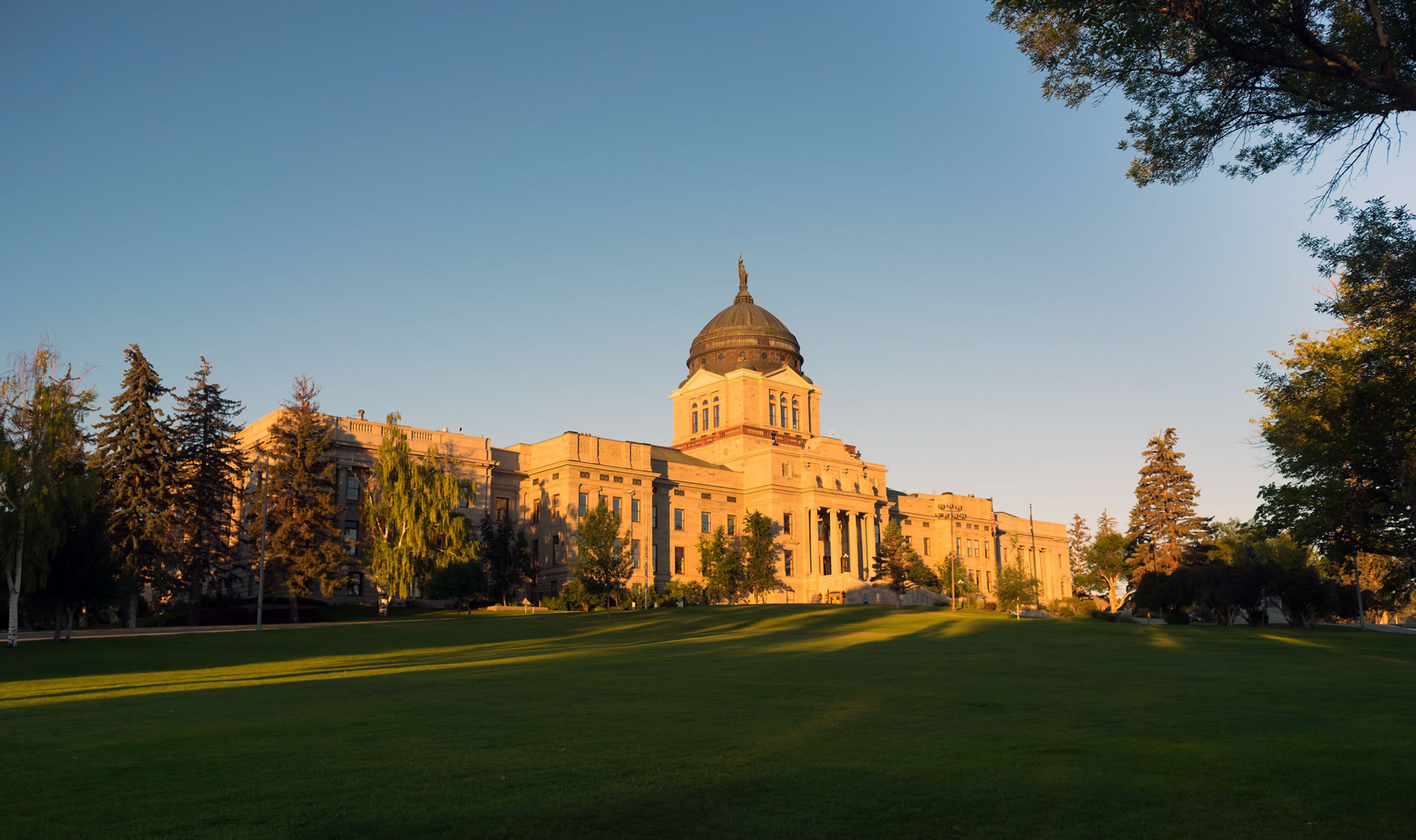 (If you’re not interested in the meandering thoughts of a rambling lobbyist and just want to checkout MACo’s Legislative Update, I sympathize. Click the button below for instant access to our first issue of the session.)

Today is a good day, but tomorrow is a better day…

Hope the weekend was (and still is for those out of the office today) restful, exhilarating, and enjoyable. You know what’s not restful? The Legislature. “Rest” is a foreign concept to “The Body” this early in the game, so they’re in session today crushing out bill hearings and convening their respective houses on their respective Floors.

We’re now in week 3 of the 68th Legislative Session, and people are still surprisingly positive (the PTSD from the C-word Session hasn’t yet subsided, so it’ll take me awhile to get used to people being cordial and not arguing about ninja faces—i.e., mask wearing).

Currently, it’s relatively enjoyable to stroll down the long dim hallways and lurk in dark corners. Association advocates, staff, lobbyists, and legislators can be heard participating in affable negotiating, and exchanging friendly quips. It’s so…bizarre? (Yes. Bizarre is the word…) It’s so bizarre to feel this kind of uplifted energy.

Jokes and sarcasm seem to be in vogue and smiles are running rampant. Yes, it’s all fun and games in the beginning when folks’ bills aren’t dying and serious funding-related conversations are still in their infancy, but once we get to transmittal…oooooo buddy, are we all in for a treat. We’re still a month and a half away from THAT particular deadline, so no worries. For now.

K. So, Where Are We in the Process This Week?

As of this morning, bill drafts are up to 445 (last week we were sitting at 364), and there are 4,512 unintroduced bill drafts—449 more than last Monday. Scared? Don’t be. This isn’t too unusual. Clarification: Almost 5,000 bill drafts is a little odd, but it’s been trending upward with the passing years, so it’s not entirely unexpected…

The good news? There won’t be nearly that many bills physically introduced when push comes to shove (violence is never the answer, so no pushing and shoving in the halls allowed…digitally however, is totally legal…I think—don’t quote me on Montana’s online bullying laws, not my forte). As you can see from the comparison of the previous 12 sessions above, the average number of bills introduced is around 1,297 regardless of the number of bills requested. Totally doable (she said biting her tongue).

So then why do legislators submit soooooo many requests?

People often theorize that it’s to overwhelm or overtake or get priority over…something…or someone…But logically, I like to think it’s because there’s a deadline, and no one wants to be caught up the Legislative brown creek without a paddle (and a boat) made of bill drafts. Meaning that if a Legislator has a “placement title” with a “generally revise  [INSERT SUBJECT HERE] ” short title, then the sky’s the limit when an epiphany strikes at Jorgenson’s bar around 1:16 a.m. And believe you me, flashes of brilliance occur often this time of year (every other year).

Makes sense. Does the requesting ever end?

Good question! Yes, yes it does. Thank the legislative gods, it does. And THIS WEEK, we come upon our first legislative deadline: January 17th (TOMORROW) is Legislative Day (LD) 12, the last day to request General Bills and Resolutions. I’m filled with joy. Can you feel it? (It’s pretty bigly, so I bet you can.)

A Deeper Dive into the Legislative Calendar…

The next deadline is Tuesday, January 24th (LD 17)—the last day to request Revenue Bills. A similar but separate and equally important deadline is the last day to request Appropriation Bills, which is March 1st. BOTH dates make me particularly happy, because Revenue and Appropriation Bills (“Money Bills”) live longer than General Bills—their transmittal (when they have to “transmit” to the other chamber) is AFTER the General Bill Transmittal deadline, which is also March 1st (LD 45, i.e., the halfway point). The Money Bills’ Transmittal, on the other hand, is APRIL 5th! About a month before the session adjourns…LD 67…of 90! Only 23 LDs to finish business…hello increased chaos.

Clearly, I have feelings about this. But they’re primarily selfish given bills that don’t transmit die, and fewer bills alive is fewer bills to track, which is fewer Legislators to track down and convince with convincing arguments they don’t want to hear in the later stages of the game (this is why MACo gets their bill drafts in early—yes, we’re awesome).

Why don’t “General Bills” and “Money Bills” have the same deadline?

There’s a generally good reason for the extended deadline, being that it gives due diligence to the State’s budget. Montana’s budget isn’t just big—it’s enormous, and as the process unfolds, legislation that has been introduced and on standby in the Appropriations Committee is pulled forward and utilized as a sort of reconciliation tool. In simpler terms,  the budget’s “companion bills” are amended with the necessary appropriations and then transmitted to the Senate for review by the Finance & Claims Committee.

I get it—makes sense. At least it makes sense when these powers are used for the intended good instead of evil. (Evil is strong word…”naughtiness” is really a more appropriate description of what often ensues.)

What do you mean by “naughtiness?”

Glad you asked! Taking advantage of the extended “Money Bill” transmittal deadline by tying a $1 appropriation to a bill just to keep it alive because it didn’t make the General Bill transmittal is SLIGHTLY naughty—sometimes good legislation needs further vetting. I get it—this is understandable and oftentimes, noble.

Tying a $1 appropriation to a General Bill for the purpose of amending it so that it’s like another highly controversial General Bill that already died in the process, thereby breathing a second life into a political platform checklist item is just plain, flat-out, subverting-the-process, NAUGHTY. Clever? Yes. Acceptable behavior? In my very jaded, 7-session dome dweller opinion, where I’ve seen this abused time and time again, no. No, it’s not. And don’t even get me started on Free Conference Committees…We’ll get into these toward the end of the session when it’s more relevant.

Geeze Shantil, sounds like a lot of doom and gloom…

Yes, sorry, it does sound a little negative, which is NOT the attitude to have this early in the session. I’m gonna go ahead and check myself before I wreck myself. (Yes. That just happened. Checked before wrecked. Optimism activated.)

Now that I’ve taken off my jade-colored jacket and put on my rose-colored glasses…These ghost-actions of sessions-past might not even make an appearance this year. Right now, people are generally working together. And with a supermajority in the Legislature and the same party occupying the Executive Branch, seeing folks still willing to negotiate and hear each other—when technically they don’t have to—is refreshing and gives me faith in the process…for now. (Dundunduuuuunnnnnn…) Kidding. It’s really nice. Not “rainbows and unicorns” nice, but definitely not “bridge trolls and ogres” ugly (which is what several of us turn into come late April—no judgment! I’m tip-toeing trolly today if you can’t tell).

Take a peek full legislative calendar here or check it out in the current issue of our Legislative Update, linked both above and below. Keep in mind that Legislative Leadership holds the authority to further revise the calendar, including the days the Legislature meets as well as proposed breaks. We keep a close eye on the calendar and update our Legislative Update accordingly. (So, you can rest-assured that we’re always keeping you properly informed on a timely basis.)

Below is a list or resources, some of which were mentioned in this update.

If you find yourself on uneven footing during the legislative session at any time, no worries. We’re here to help keep you apprised of what’s happening on the hill. Every week until Sine Die during these trying and perplexing times (i.e., the Legislative Session), we’ll be releasing a new issue of the MACo Legislative Update (linked below and above).

Each issue always has an up-to-date session calendar, an easy-to-print bill hearings schedule for the upcoming week, and the status of all the bills we’re currently watching as well as those in which we’re actively involved. Click the button below to check out the new issue.

Pro Tip: Our website’s hearing schedule is updated daily, with new hearings added as the week progresses, so be sure to check it out! It also has links to testify remotely and/or submit written public comment as well as watch legislative bill hearings.

That’s all for now! See you either virtually via the internet highway or in the halls!